Young male patient presented with a throbbing mass in the thigh following a leg injury long time ago.  Besides he did not have much problems except pain locally which had been worsening over  a period of time and was becoming unbearable.

His tests conducted – ultrasound and CT angiogram revealed a dilated after of the thigh. 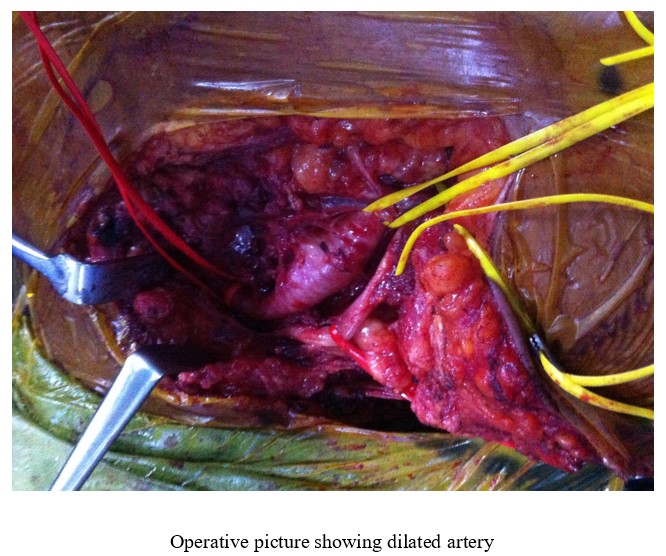 The dilated artery or aneurysm was excised and a synthetic graft interposed. Postoperative period was uneventful. 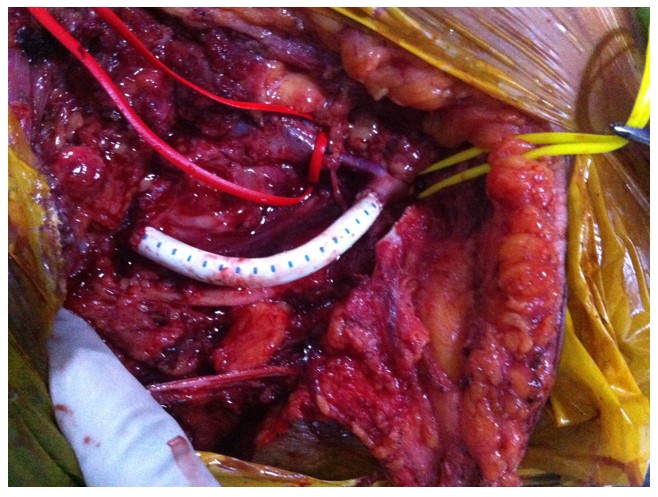 Synthetic graft interposed after removal of the dilated artery.

The patient was discharged and continued to lead a normal painless life.